A CME was held at the PIMA house on the topic of ‘Interstitial Lung Diseases’ on 30th January 2016. The session was chaired by Prof. Nadeem Rizvi, Head of Pulmonology at JPMC. An introductory talk on ‘Workup of a fuzzy chest X-ray’ was given by Dr. Ali Abbas, Consultant Pulmonologist from Liaquat National Hospital who discussed the diagnostic approach for an ILD patient. This was followed by an enlightening talk on ‘HRCT In ILD’ by Dr. Waseem Memon, Consultant Radiologist from AKUH, who described the various patterns for ILD seen on HRCT. Consultant Rheumatologist from South City Hospital, Dr. Muhammad Saeed spoke on the Pulmonary Manifestations of Systemic Diseases. The session was concluded by Dr. Mosavir Ansarie, senior Consultant Pulmonologist who delivered a talk: An overview of the fibrosing disorders of the lung covering IPF, NSIP, Sarcidosis and Hypersensitivity pneumonitis. Session was conducted by Dr. Asif Naseem, and organized by Dr. Syed Ahmer Hamid. Concluding comments were made by Prof. Sohail Akhtar, President PIMA. The session was enjoyed by the attendees who were mostly trainees from different institutions. 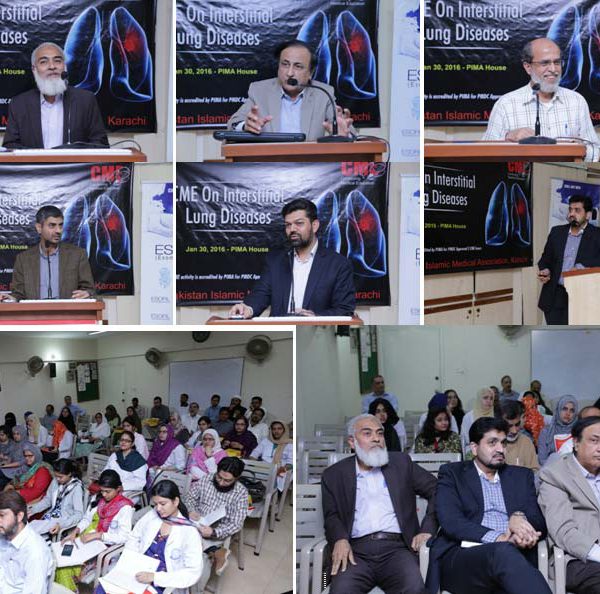 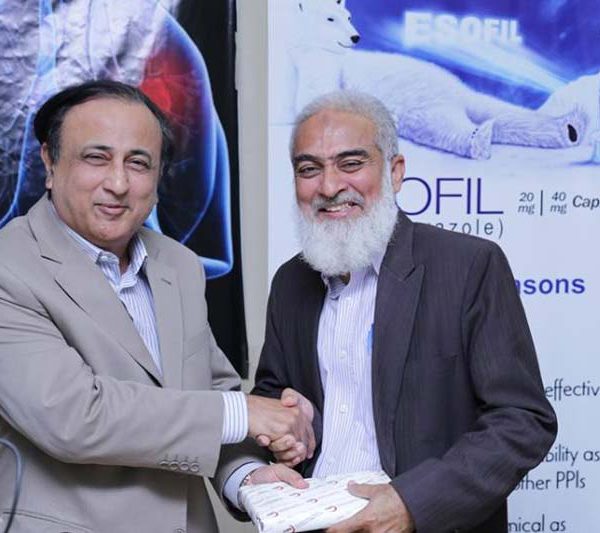 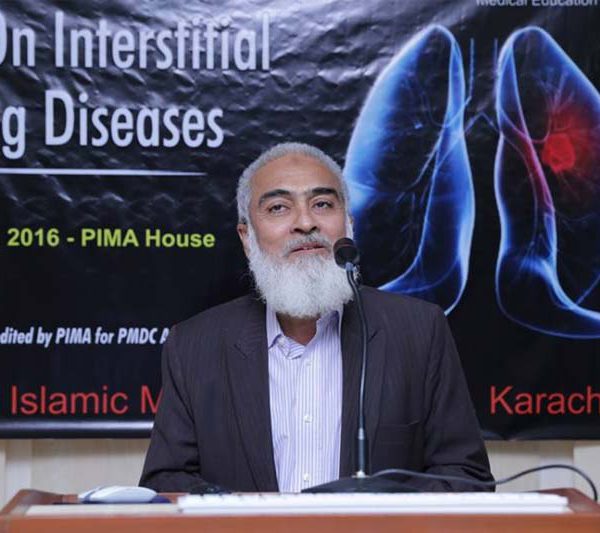 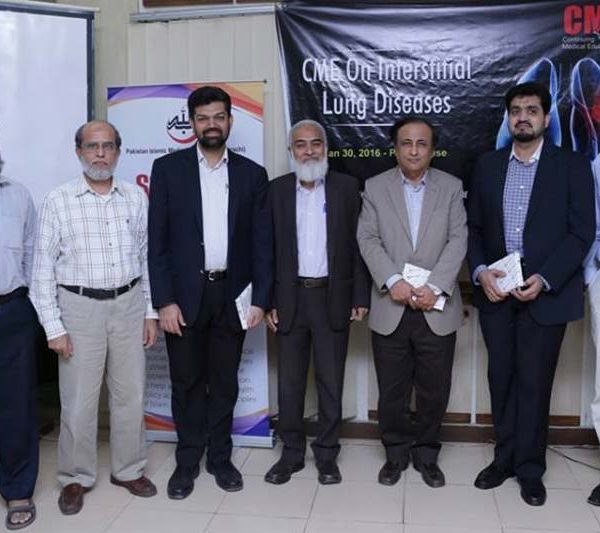 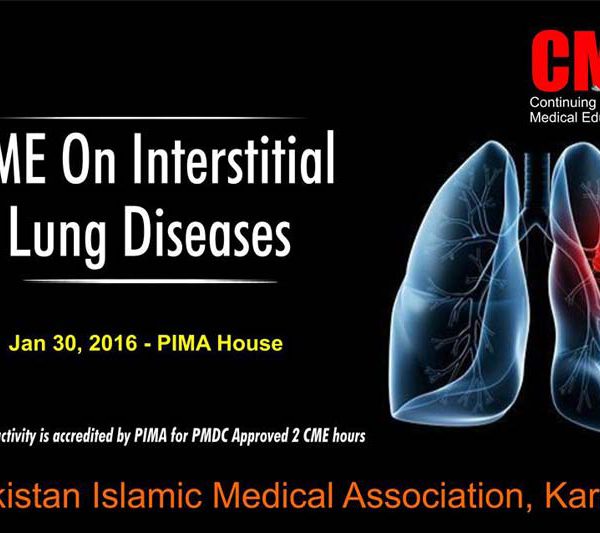